Tulips are not the only product for which the Dutch are world-famous. When in the Netherlands, just say ‘Cheese.’

While some may believe that France has a monopoly on European cheese, the Netherlands is one of the largest cheese exporters in Europe. In fact, the Netherlands was one of the top countries for cheese consumption per capita in 2014, with individuals eating an average of 42.7 pounds of cheese each year.

A handful of Dutch cheese markets honor a fascinating tradition that all begins with farmers bringing their cheese to the market. The cheese wheels are stacked into barrows and carried ceremoniously into town by teams of porters wearing brightly colored straw hats. A lively bargaining ritual thus ensues involving hand-clapping and shouting between sellers and buyers, a tradition known locally as handjeklap. Only after the price is agreed upon are the wheels weighed on cheese scales and displayed for sale.

Seasonal cheese market traditions can still be observed in the Dutch towns of Alkmaar, famous for its 400-year-old market, and Edam, which features horse-drawn carriages and boats to transport the wheels to its 18th-century weigh house. The cities of Gouda, Hoorn and Woerden also have their own unique traditions. During AmaWaterways’ Tulip Time cruises, you can visit the city of Gouda on an excursion from Rotterdam, during which you’ll have a chance to see the historic Weigh House where cheese was once scaled

As Gouda as Gold

The Netherlands is renowned for its Gouda, a style of cheese that, when aged, has a crystallized texture and distinctive butterscotch flavor. Traditionally made from cow’s milk and named for the city in South Holland where it was originally traded, Gouda has been produced since the end of the 12th century and accounts for half of all Dutch cheese production.

Following the simple recipe below, you can melt shivers away this winter and get a taste of the Netherlands’ cheesy pride and joy right in your own home. It is so flavorful and creamy, you may find it doesn’t even need the half-and-half. We recommend pairing this soup with a fruity Riesling or Chenin Blanc.

Roughly chop the onion, carrots, celery and garlic and combine with the cauliflower, 1 tablespoon of the olive oil and salt and pepper in a large soup pot. Cook over medium heat until vegetables soften and onions become translucent, about 20-25 minutes.

Add the bay leaf and chicken broth and bring to a simmer. Cover and cook for 15 to 20 minutes.

Remove the bay leaf and purée soup until smooth.

Just prior to serving the soup, stir in the gouda, mustard, half-and-half and butter. Taste and season with salt and pepper if needed. Continue cooking until cheese has melted and soup is smooth, 1 to 2 minutes.

In a small pan, heat remaining tablespoon of olive oil over medium-high heat and quickly fry the rosemary and prosciutto until crispy and aromatic.

Divide soup into bowls and garnish with the rosemary and prosciutto. 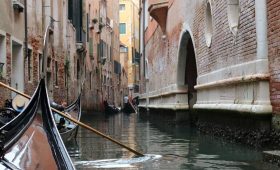 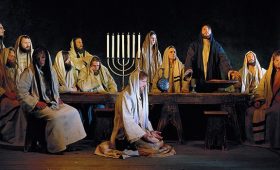 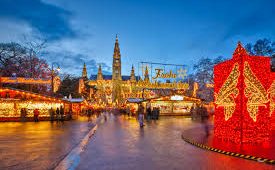 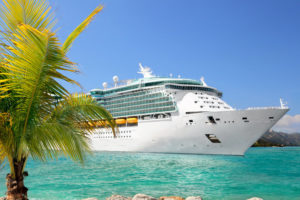 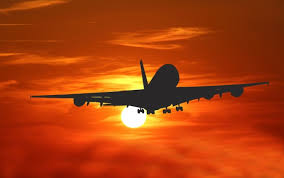